Thank you to all our voters, supporters and campaigners from the Reading Liberal Democrats. Lib Dem GAIN in Tilehurst! 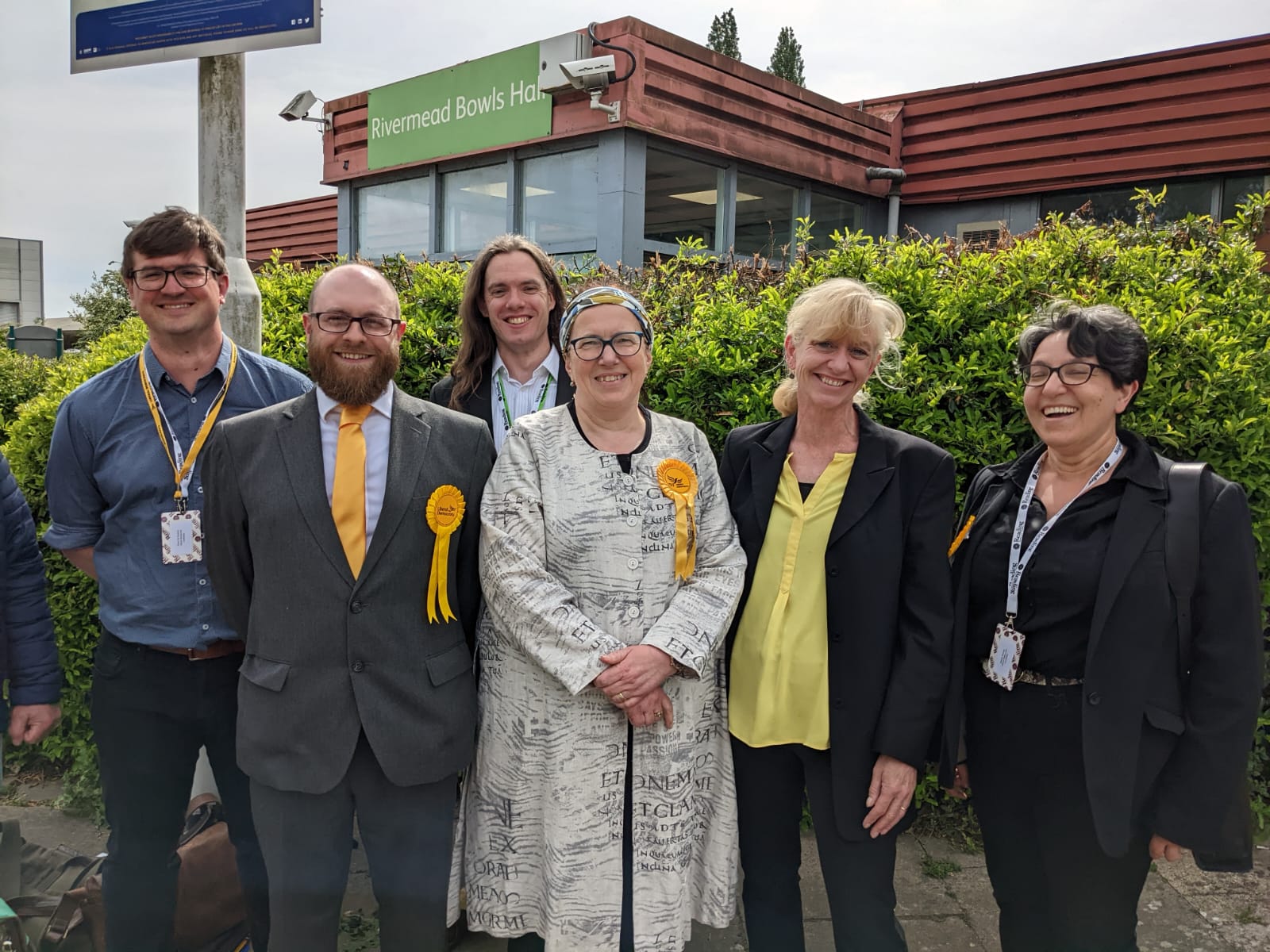 Thank you to the thousands of you who voted for us this year, and to all our candidates and campaigners for our best result in years!

The Reading Liberal Democrats are delighted to announce our victory in Tilehurst this year, where sitting Councillor Meri O'Connell was returned with a huge majority, and long-time campaigners Anne Thompson and James Moore were elected to join her on the council.  Our candidates across Reading had a good night, with increased vote shares in many areas.  This came on the back of a strong night for Liberal Democrats across the country: in neighbouring Wokingham, the Liberal Democrats were able to knock the council into no overall control, while further afield, Liberal Democrats won majority control of councils as far afield as Kingston-upon-Hull, Somerset, Westmorland, and Gosport.

The boundary review here in Reading saw our first all-up elections in 18 years, which along with our wins in Tilehurst delivered a seismic change for our Borough: the Conservative group halved in size, leaving the Green Party as leaders of the Opposition to Reading Labour.

Newly re-elected Councillor Meri O'Connell said: "We are humbled to have been given such a strong mandate by the people of Tilehurst, and encouraged to have seen an upwelling of support in many areas across the Borough.  I am excited to be heading back to the Council chambers with an expanded Lib Dem group, where we will keep speaking up for our residents, and for the values of liberty, equality and community.  I look forward to collaborating with new and returning Council members from all parties to help improve our town and demand better for Reading."